You can help change a future today.... 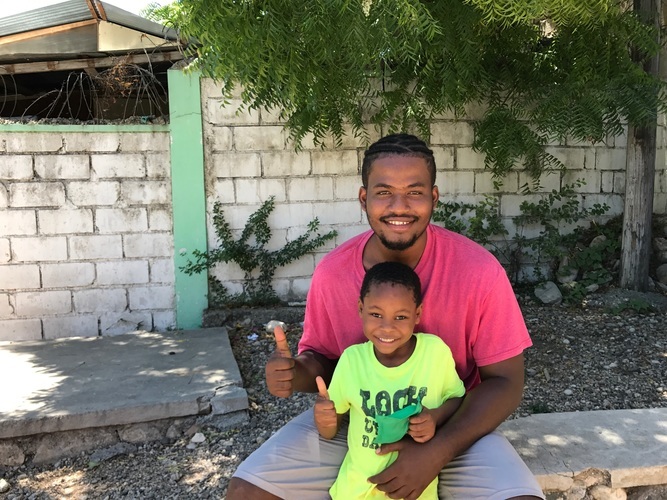 In 1994, Tjohn was born in the city of Delmas to mother Guilada and father Francois. His father passed away when he was one years old and he has 2 brothers and 1 sister. When he was 5 years old he went into Children of The Street children’s home for 3 years before it became Child Hope Children’s Home until he was 18. (When he first arrived to the children’s home, his older brother named John was also there and they looked alike! The children coined his name T’John, meaning little John in creole.)  He completed high school and went on to pursue music. He taught himself how to play the guitar and started writing music 5 years ago. TJohn met I’mMe at a feeding program hosted by Child Hope where he was leading worship. We recognized his gifting and invited him to lead worship for our teams. His role evolved into much more, ultimately becoming the main caretaker for our children’s home. “My biggest motivation is that I always dreamed of a better generation of people who care about our country, our people, our land and believe in God. Who believe in our future. I always wanted to be someone people can look up to. I believe in family.” TJohn Clifford